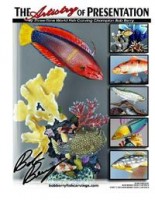 The Artistry of Presentation

In this book, Bob addresses the artistic and creative elements of fish carving composition. He examines 16 carvings, breaking down each one and identifying different design elements.

He explains the ideas behind the carvings and offers tips on good (and Bad) composition choices. 16 pages of color photographs. 20 pages.  By Bob Berry 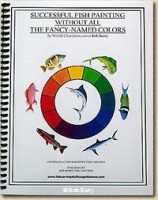 Successful Fish Painting without all the fancy-named colors

Learn how Bob Berry paints. He has successfully painted with tube acrylics for more than 30 years. Learn his techniques for hand brushing, airbrushing, and how he uses them in tandem. Bob’s painting is based on primary, secondary and intermediate colors. With tints, shades, metallics, iridescents and pearlescents. 17 pages Spiral bound.
Share this with your friends
Singular name: Books Category: Bob Berry Fish Books, Books 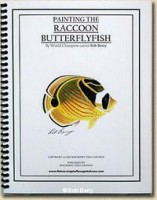 Precise, easy to read steps to painting this favorite fish. Tips on carving,will surely give you an advantage at the next competition. 10 pages. Spiral bound.
Share this with your friends
Singular name: Books Category: Bob Berry Fish Books, Books 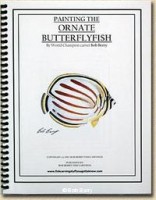 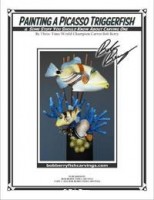 Picasso Triggerfish made easy . . .well, easier with Bob’s new book, Painting A Picasso Triggerfish & Some Stuff You Should Know About Carving One.Half carving information, half paint schedule, Bob shares tips for making fins, eyes, and some of the subtle nuances of these unusual fish. His easy to follow, step-by-step painting instructions are good for painting by hand or with an airbrush. 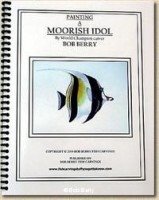 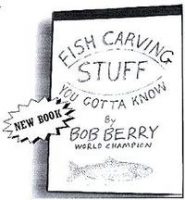 Share this with your friends
Category: Bob Berry Fish Books

Used & out of Print Book

Bob Berry set the standard in fish carving in the 1970’s and 1980’s and his skill has continued to evolve. This revised edition of Fish Carving: An Introduction contains a new color section on painting trout, in addition to the full text and illustrations of the six original carving projects: rainbow trout, brown trout, brook trout, bluegill, largemouth bass with turtle, and lionfish with queen angelfish. Step-by-step carving instructions are presented in detailed black-and-white line drawings and photographs. Finished carvings are shown in full color. The new 16-page color section features 64 step-by-step photos with captions.

Bob Berry began his career as a taxidermist, moved on to decoy carving, and eventually specialized in fish carving. He swept the World Championship Fish Carving contest in 1986, taking the top awards in three divisions, as well as Best of Show.

Share this with your friends
Category: Bob Berry Fish Books, Fish and Marine Life, Used and Out of Print Books 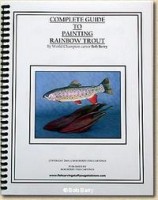 The best and most complete book on painting rainbow trout. This excellent book teaches you how to paint a rainbow. It guides you through the process of painting Typical, Dark Spawning Phase, Parr- Marked Juvenile, and Silvery Bright colorations. Clear illustrations and descriptions on color application, blending, layering, transitions, spot patterns and hand painted details. Covers airbrush and hand brush techniques and which one works best, and when. 21 pages of easy to understand instructions. Spiral bound.
Share this with your friends
Singular name: Books Category: Bob Berry Fish Books, Books 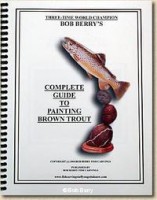 This is the best book on the subject. This easy to understand book guides and teaches you how to really paint brown trout. Includes paint schedules Typical, Loch Leven, German Brown, Silvery Bright, and Brown color phases.

Airbrush and hand brush techniques, and which works best, and when. Learn from detailed color application steps. Blending, layering, transitions, acute angled airbrushing, spot patterns and hand painting details that are proven to get the results you want. 21 information-packed pages. Spiral bound. 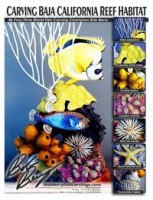 At last, the book you’ve been asking for . . .Designed as the companion book to 6-Pack Baja California Reef Fish, this book has complete instructions for a variety of items that will enhance your Baja reef fish carving.Bob gives instructions for carving, painting, and installing an Encrusted Stony Coral, a White Gorgonian, Sulphur Sponge, Colonial Tunicate, White Sea Urchin, Yellow Spotted Star, and a Fluctuating Turban. He also tells you how he carves a reefscape base.

No more guesswork and uncertainty when it comes to choosing habitat. With just these few pieces, you have lots of combinations to choose from and you can carve with confidence, knowing your habitat is from the right reef!
30 pages. Spiral bound.  By Bob Berry 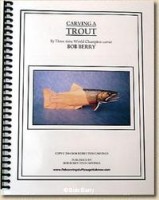 Share this with your friends
Category: Bob Berry Fish Books 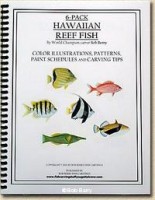 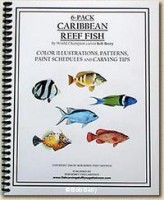 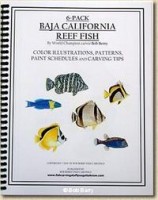 Six fish including a Cortez Rainbow Wrasse, Leather Bass, Scythe Butterflyfish, Barber Fish, Pacific Boxfish and Three-banded Butterflyfish from Baja California that can be used together in a variety of combinations for decorative reef fish carvings. For beginning and intermediate carvers, these brightly colored and interesting fish would be great choices as a secondary species on a larger reef carving.

Each fish comes with a pattern, paint schedule and carving tips and ideas. Discover the world of reef fish carving! By Bob Berry 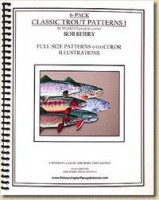